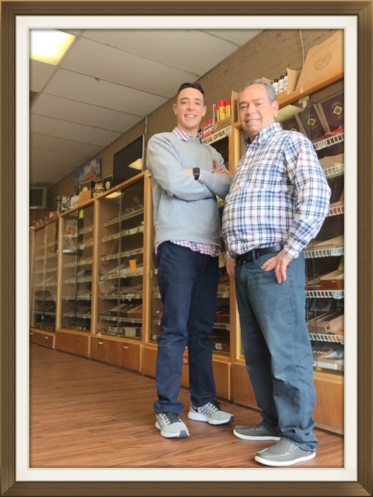 Fairfield Cigars, previously known as Smoke For Less, was founded in 2004 by John Ghazal on the Post Road in Fairfield, Connecticut. In the years since, John has been passionate about his knowledge of quality cigars and providing his customers with the best care possible. Over time, John built a strong cliental based off of his passion for treating customers like family. John’s son Eli, having grown up in the family business, became invested in the cigar shop like his father. When his son came to him with a proposition for rebranding the cigar shop, John saw it as a great opportunity for his business to grow. In January of 2016, Eli brought his ideas to life by renovating the family business, and renaming it to what is now known as Fairfield Cigars.